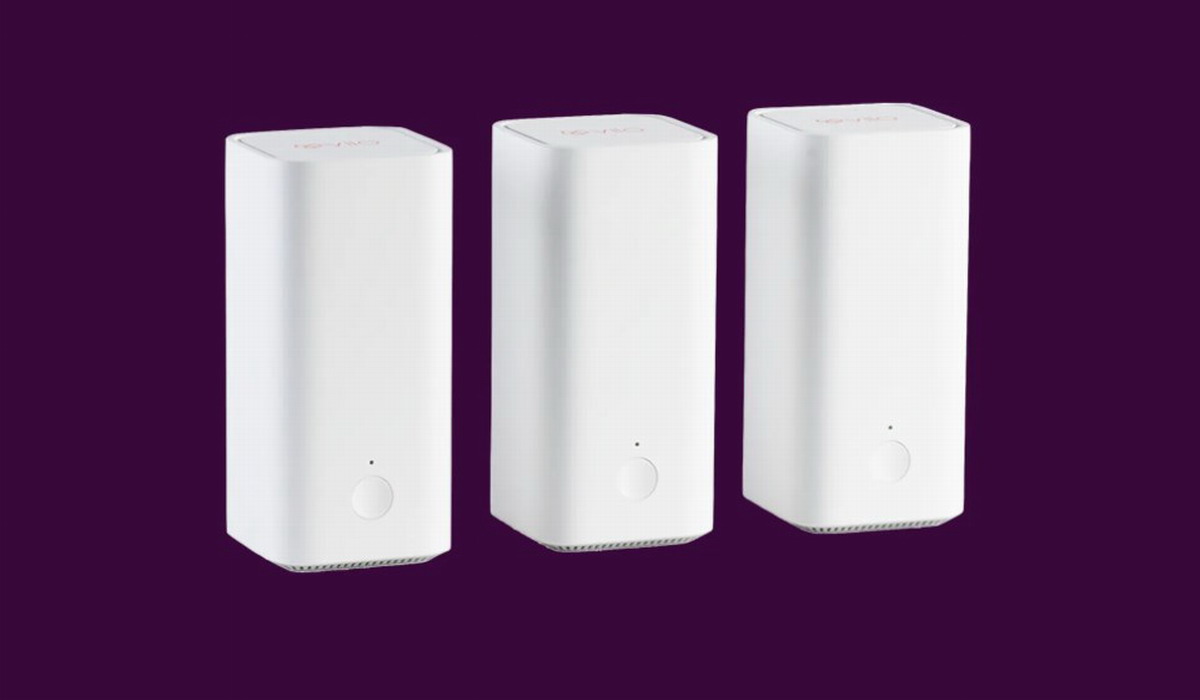 WIRED
Very affordable. Easy to set up and straightforward to use. Useful features like guest Wi-Fi and parental controls. Reliable and stable connectivity.
TIRED
No support for Wi-Fi 6 or WPA3. Some devices connect to routers farther away. I ran into issues with my Sonos speakers.

A GOOD WI-FI connection at home is vital, whether you’re working from home, remote schooling, or streaming Loki in 4K. A single router may be enough for some people, but others need a broader range to extend to every corner of the home and garden. Mesh Wi-Fi systems promise exactly that, combining a central router and several satellites or nodes to give you blanket Wi-Fi coverage everywhere.

Most mesh Wi-Fi systems can set you back several hundred dollars. Google’s Nest Wifi, for example, is $349 for a router and two nodes. That’s why the new Vilo Mesh Wi-Fi System is so intriguing. You can buy a single Vilo mesh router for $20. If you need more coverage, a three-pack is $60 and will purportedly cover a 4,500-square-foot home while providing connectivity for up to 120 devices. How good can a system this cheap be?

Setting up the Vilo system is easy. I was sent the three-pack, and each router in it is identical, so there’s no need to worry about which should be the main router. Pick one, plug it into a power outlet, and use the provided Ethernet cable to connect your modem to the Vilo’s WAN port.

Use the Vilo iOS or Android app on you phone to enter any login details required for your internet service provider. After that, just find suitable spots in your home for the other two routers and plug ’em in. The main router will instantly and automatically find and add them to the network. I placed one in the living room at the back of my house and the other upstairs.

Your gadgets will generally connect to the nearest router. A device like your phone will connect to each of them as you move around the house, but all this happens seamlessly. Each Vilo router also has two LAN ports for directly plugging in devices, which I use for my TVs and consoles.

The Vilo app is very straightforward. It shows each of your Vilo routers and lists the devices connected to them. There’s an option to set up parental controls on a per-device basis. I added my kids’ phones and scheduled internet downtime at night. You can also block specific websites here. And like most routers these days, there is an option to create a guest Wi-Fi network for any visitors (handy, now that people are actually visiting again).

The app’s usage report logs and displays how much data each device is guzzling over time, and you also have a way to restart the Wi-Fi network regularly on a schedule, which can solve recurring issues with connectivity.

I switched out a powerful Asus DSL-AC88U router that cost me $200, used, for the Vilo mesh system, so I was expecting a performance hit. I was pleasantly surprised. My connectivity on Vilo’s system has been stable and reliable.

Vilo says its routers support up to 867 Mbps on the 5-GHz band and 300 Mbps on 2.4 GHz. Sadly, the internet in my area is limited to around 30 Mbps, so I’m unable to test this. My house is also only about 1,600 square feet, but coverage feels similar to the Asus—slightly better in my garden with one router at the back of the house and slightly worse near the main router.

Getting into the weeds of its specifications for a minute, the Vilo routers support IEEE 802.11a/b/g/n/ac. There’s no support for the latest ax standard, also known as Wi-Fi 6. That’s not a huge deal considering you need to upgrade all your devices to enable Wi-Fi 6, but it would’ve been a nice addition for future-proofing. Security-wise, it doesn’t use the latest WPA3 protocol, but WPA2 (Wi-Fi Protected Access 2) instead. Like Wi-Fi 6, WPA3 is still relatively new, so this isn’t surprising. But it does make passwords harder to crack and connections to devices without screens easier and more secure, so it’s an upgrade you ideally want.

Each router has four internal antennas and supports multiuser, multiple-input, multiple-output (MU-MIMO), which allows it to better handle multiple devices connecting to the router simultaneously. There’s also beamforming to focus the wireless signal toward devices.

The Vilo system has band steering turned on by default, which means it picks the band (2.4 GHz or 5GHz) it thinks is appropriate for each device, but both appear as the same network name. This can create problems when setting up smart home devices. My Nanoleaf light panels, for example, connect only to 2.4 GHz but also need the phone that’s setting them up to be connected to the same band. Thankfully, Vilo allows you to toggle band steering off, so you can split the bands, which I did temporarily to set up a few devices before turning it on again.

Your mileage will vary depending on your setup. The limitation for me is the internet speed coming into my house, but the Vilo system does a great job of spreading available bandwidth, and I haven’t had any random disconnections in three weeks of testing. That’s not to say I haven’t had any issues.

The app is slick, but it can be slow to load or update after you make changes. Sometimes it takes a few minutes to update with the current status. Even after you’ve successfully changed something, it can take a while to show up correctly.

During setup, to avoid reconnecting my multitude smart home devices, I planned to give the Vilo system the same name and password as my previous Wi-Fi network. Unfortunately, it refused to accept the password and didn’t work. The good news is this turned out to be a bug the company swiftly fixed via a firmware update.

There’s also no way to force a connection to a specific router. This isn’t usually a problem, because devices connect to the closest option for the best possible speed, but my desktop PC kept connecting to a router farther away on the 2.4-GHz band instead of the nearest on the 5-GHz band like I would expect. A firmware update improved this too, though it still occasionally connects to the router upstairs.

Since the company is so new, it’s normal to see a few kinks like this, but it’s nice to see Vilo active at addressing them quickly. Hopefully, that continues throughout the router’s shelf life.

One other annoyance came from my Sonos speakers. Ever since I switched routers, my living room speakers have intermittently disappeared from the app. I have set them up from scratch several times now, but nothing seems to stick. Based on my research, this is an issue for many Sonos owners using other mesh systems too. The only potential fix I’ve found is to get a Sonos Boost and have the speakers create their own separate mesh network.

It’s important to mention that toggling on the usage-report option in the app means you are sharing information on the data upload and download volume for your devices with Vilo. It’s uploaded and stored in an Amazon Web Services cloud server for a month so you can access these stats via the mobile app. If you don’t toggle it on, this usage data isn’t collected.

Whether you toggle it on or off, Vilo says it collects three other types of data from users and the app to further optimize the Wi-Fi network. First, it collects data related to the network and routers, such as Wi-Fi name, channels, internet connection type, signal strength, MeshID, firmware, and other settings. Second, it can see your IP address, MAC address, device name and type, and online or offline status. And third, it can see the email address you used to sign up, the iOS or Android version you’re on, and the time zone on your phone. It’s par for the course on what other mesh router manufacturers collect.

Vilo says it does not track the websites you visit, your browsing history, and anything else you access on the internet.  It does say it shares some data with third-party service providers, but it promises not to sell any personal information. It also notes that you can email the company to potentially opt out of this data-sharing agreement.

In the end, you’re getting a fairly robust mesh system that’s easy to use at an incredible price. Provided you don’t need to dig into the minutiae of your internet setup and tweak settings, the Vilo mesh system might be one of the easiest ways to ditch that crappy router your ISP rents out to you.