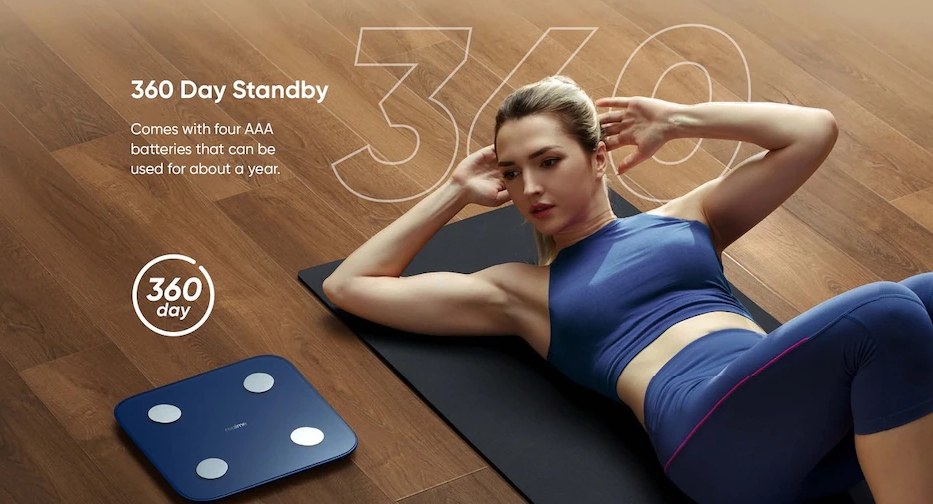 Realme Smart Scale will be launched alongside the Realme 8 series smartphone models today, March 24, at 7:30pm IST, but the company has already unveiled all the specifications for it. The Smart Scale, previously launched in China and Malaysia, will come with 16 types of health measurements, heart rate monitoring, and Realme Link app support. There are two colour options and battery life is said to be an entire year. It is quite thin as well and has an LED display built in.

While the company has not shared pricing for the Realme Smart Scale and will do so at the launch event today at 7:30pm IST, the China release from September last year can give us some idea of what to expect. The Realme Smart Scale launched at CNY 129 (roughly Rs. 1,500) making it an interesting package. It will be offered in Blue and White colours.

Unlike the price, specifications for the Realme Smart Scale have been revealed by the company on its event page. It will feature sixteen health measurements such as weight, far rate, Body Mass Index (BMI), muscle mass, moisture rate, heart rate, protein, and more. It also comes with a BIA sensor that can detect even a 50 gram change in the body and allows the Realme Smart Scale to measure body fat, muscle content, and more. It also shows body far percentage which is the amount of fat in the body.

The Realme Smart Scale is equipped with a real-time heart rate sensor. There is a small weight mode that is useful for measuring items between 50 grams and 9.99 kg with up to 10 gram precision. It can be linked with the Realme Link app and can store health data profiles for multiple people. Realme says it comes with four AAA batteries that can power the Smart Scale for 360 days. There is an LED display and a 6mm tempered glass cover.