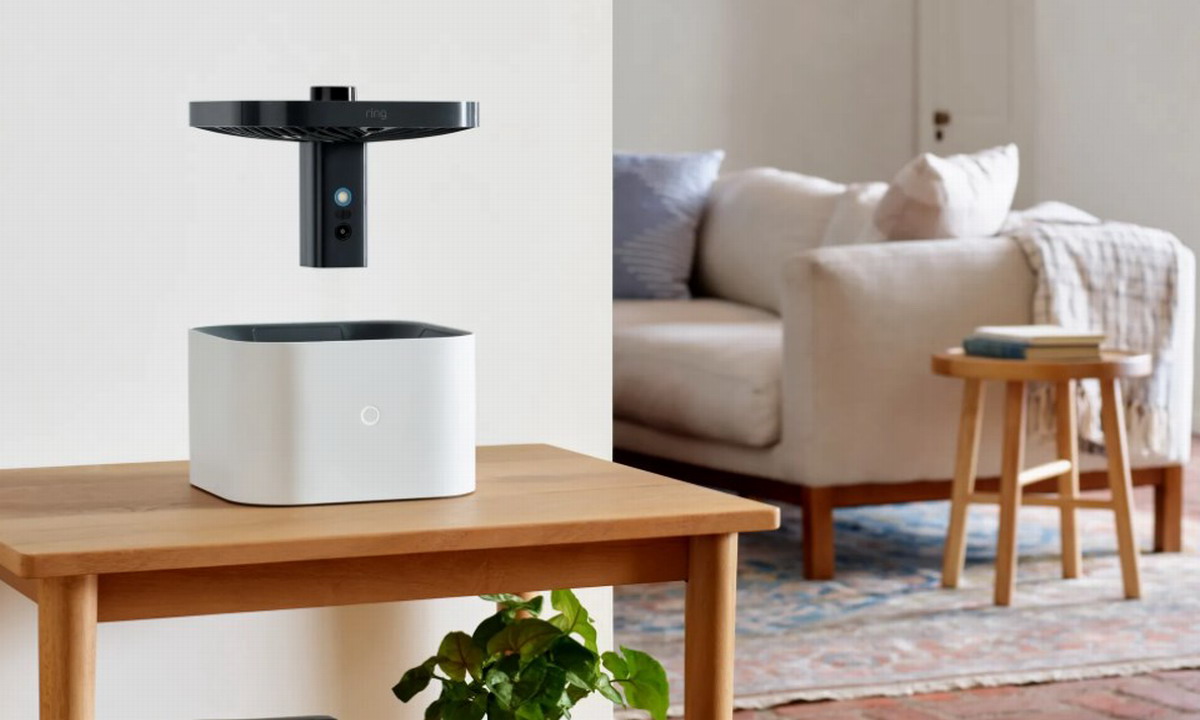 LAST YEAR AT Amazon’s annual fall hardware event, Ring (which is owned by Amazon) showed off a drone designed to capture video inside your home.

Ring didn’t exactly call it a drone — it was dubbed the Ring Always Home Cam — but it was an autonomous flying device with plastic-encased propellers and cameras that record movement. It was indeed a drone. The reaction to it was swift: Why would you want a drone inside your house?

Undeterred by a chorus of “what could go wrong?”, Ring pushed ahead. It’s now making the Always Home Cam available by invitation, requiring potential customers to apply to earn the ability to buy it. Last year, the company said it would be sold for $250, and it’s sticking with that price. That’s right: For less than $300, you can have a drone buzzing around your head inside your own home.

To hear Amazon and Ring product execs tell it, the drone was designed to alleviate the burden of having multiple fixed cameras in different locations around your house. Instead, you can just push a button on the Ring Always Home Cam and send it flying around to survey the place, or you can program it to identify certain activities during specific windows of time—say, at night, while the family is sleeping. It streams the video to your smartphone or tablet, and clips can be stored for up to 60 days with a subscription fee.

Since we haven’t been able to get our hands on the drone, it’s difficult to elaborate on its design. Ring has said it is lightweight, and we know that there are cameras mounted on its lower half. An onboard neural processing unit enables the drone to identify different scenarios, as well as objects within the home. It has plastic-tipped propellers, for safety, and its docking station has been designed to block the camera when the drone is in its resting state.

Ring president Leila Rouhi tells WIRED the company has faced specific design challenges in building the drone. These have included “locating windows and how light is shining through windows, mirrors, chandeliers, kids, animals—just all of the objects that we have in our homes,” Rouhi said. “There is no blueprint that is universal.”

The company may have been able to address some of these engineering challenges—and no doubt will keep iterating based on the data that its “invited” customers share—but some privacy and civil rights advocates expressed major concerns about the drone last year, to which Ring has offered some boilerplate statements. Amazon hardware chief Dave Limp said during the virtual event today that Amazon sees privacy as “a huge opportunity for invention.”

Rouhi says one of Ring’s core tenets is “customer control … and I think over the last several years Ring has done a tremendous amount to really live up to that promise and put that control in the hands of our customers.” Rouhi also pointed out that Ring has rolled out end-to-end encryption for videos captured with Ring cameras and that the Ring Always Home Cam won’t be a part of the company’s controversial partnerships with law enforcement.

Evan Greer, the director of the digital rights advocacy group Fight for the Future, says the home drone is still “terrifying.”

“I think there’s growing consensus among both civil liberties and digital rights advocates that having these types of internet-connected cameras in your home makes you less safe, not more safe,” Greer says. (Greer was not citing a specific data set, she later clarified, but making an observation.) “The idea of having something that could now fly around your home just now exponentially increases the potential for abuse and the likelihood that these devices will capture footage … from people who have not consented.”