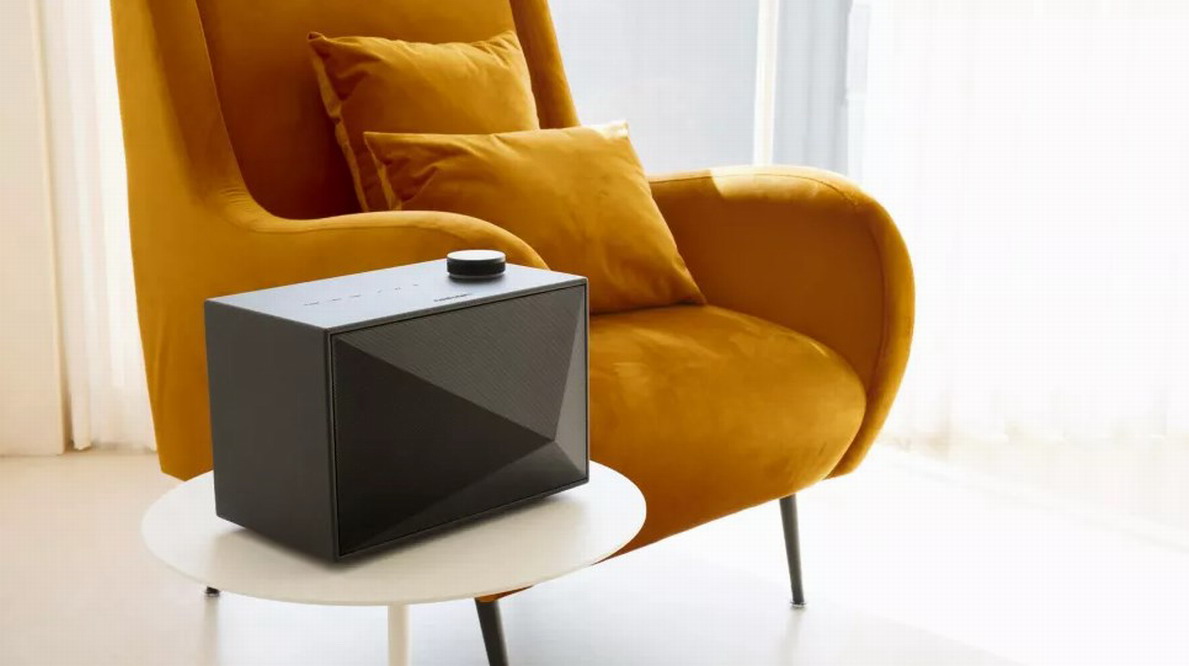 Astell & Kern has launched a new Bluetooth speaker that comes with some serious sonic specs – and it could make the perfect gift for the audiophile in your life (or, let’s be honest, yourself).

The company, which is best known for its MP3 players and in-ear headphones, has announced the ACRO BE100 wireless speaker, which it says is capable of delivering a room-filling, stereo sound, in spite of its one-box design, by bringing two tweeters capable of dividing up the sonic output nicely.

To appeal to audiophiles, Astell & Kern has kitted out the ACRO BE100 with some impressive features, placing an emphasis on sound quality above conveniences like portability and multi room connectivity.

Inside the new speaker are a mid/bass driver and two tweeters, which Astell & Kern claims can deliver true stereo sound. The four-inch mid-bass cone is made from a Kevlar fabric, which the company says is durable and lightweight enough to deliver the response speed and timing needed for an accurate bass sound.

There’s also a rear port to further boost those bass frequencies, so this speaker should sound pretty powerful.

Meanwhile, the two silk dome tweeters have been designed to produce clear high frequencies. There’s also sound-absorbing material inside the cabinet, which should reduce unwanted resonance for a high fidelity sound.

If the sound isn’t quite to your liking, you can adjust the speaker’s bass and treble settings by pressing the tactile buttons on it’s top surface.

A lot of care has been taken with the speaker’s amplifier, too. The amp’s digital crossover splits the audio signal into different frequency ranges while ensuring a precisely timed sound.

To prevent jitter – you know, deviations in audio timing that can throw your music out of whack – the Bluetooth chipset inside the speaker is equipped with a 50ps clock, which Astell & Kern says will give an accurate sound and help offset any timing issues.

While the ACRO BE100 is equipped with Bluetooth 5 for wireless connectivity, you won’t be able to use it as a portable speaker, as it needs to be plugged into an outlet to work.

Rather than using the DAC (digital-to-analogue converter) embedded into the Bluetooth chipset, the company has opted to use its own 32-but high quality DAC, which is based on the technology from its portable music players.

According to Astell & Kern, most Bluetooth speakers rely on the DAC inside the chipset, which can inhibit their audio performances.

That Bluetooth chipset does come with some neat tricks, though. The speaker comes with support for the 24-bit aptX HD and LDAC codecs, so you should be able to enjoy hi-res audio streams with no problems.

If you prefer wired sound, there’s a 3.5mm AUX input, so you can hook up your digital audio player, turntable, or music streamer.

Weirdly, there doesn’t seem to be any Wi-Fi support, which tends to offer a more stable wireless connection – and as this isn’t a portable speaker, we’d have liked to have seen an Ethernet port to allow for a strong connection to home networks.

A new and familiar design

What about how it looks? Well, like many of the brand’s portable music players, the new speaker boasts the classic angular design that Astell & Kern has become known for, with triangular designs on its front grille and a faux-leather covered cabinet.

A large aluminum knob on the top of the Bluetooth speaker allows you to fine-tune the volume levels. The area beneath this control knob lights up in different colors for each mode or volume level.

While we’re digging the design, we’re still a little saddened by the lack of portability for this speaker unit – and it seems that the brand has made an odd choice in the battle with the incumbent top speaker companies, like Sonos.

Wi-Fi and Bluetooth connectivity is something we’ve seen from many other wireless speakers, like the Sonos One and the portable Sonos Roam – and this allows for the easy setup of multiroom audio systems.

If the BE100 was fully portable and battery operated we’d have understood – but as it’s clearly designed for use in the home, it’s strange that you can’t hook it up to your Wi-Fi network.

Still, for all the audio specs you’re getting – even without the striking design – the Astell & Kern ACRO BE100 isn’t outrageously expensive. Available from December, it’ll cost $380 / £449 (about AU$515).

If it can deliver true stereo sound from one unit, the speaker could be a cheaper alternative to buying a pair of wireless bookshelf speakers like the KEF LS50 Wireless II, or two Sonos One speakers.