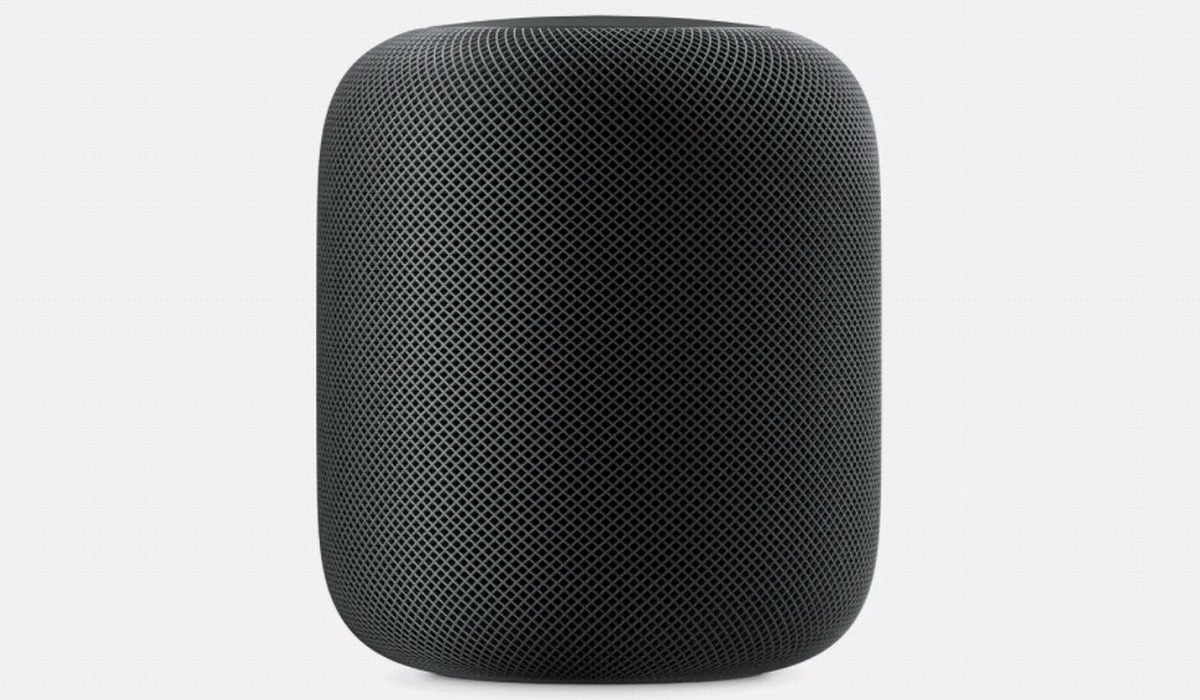 WIRED
Sounds amazing. Looks pretty good too. Siri hears you perfectly from 10 paces. HomePod can send texts, make calls, and add reminders. Control HomeKit smart-home devices just like on your iPhone. You can trust DJ Siri to not ruin the party.
TIRED
Voice controls only work for content within Apple’s ecosystem, and that ecosystem is limited. You really need a paid Apple Music subscription to get the most out of the Siri features. Competing smart speakers are much smarter. iOS device required. It’s expensive.

Most of my friends are musicians or audio nerds. (Lord help me.) Ever since Apple loaned me a HomePod to test a week ago, I’ve been bragging to my peers that I have the new, highly anticipated Wi-Fi speaker at the house. All of them quickly ask me the same thing: Does it sound good?

I think that question is incomplete. Sure, the HomePod sounds really terrific, and it’s a good purchase if you want a speaker that just plays music. But if you want a smart speaker that not only plays music but also adds convenience and fun to your daily routine through voice interaction, the question you should be asking isn’t just, “Does it sound good,” but also, “Does it measure up?”

There are entire universes of content Siri can’t see, hear, or touch.

The short answer to the second question is no. The HomePod is a marvel of audio engineering, and it sounds better than most of the other smart speakers you can buy for $300 or less. But while the audio quality is spectacular, the smart features—voice control, internet audio streaming, interactions with your other devices—fall far short of what’s expected from an internet-connected speaker. The HomePod’s software is too limited, and the list of streaming services it can connect to is not long enough. Also, Siri’s skills are paltry compared to the more robust array of capabilities you get with Amazon Alexa or Google Assistant.

I can really only recommend the HomePod to people whose homes are already soaking in Apple goods and services. If you ride for iPhone, if you never let your $10-per-month Apple Music subscription expire, and if you’ve retrofitted your abode with HomeKit-compatible plugs, bulbs, and door locks, then you’ll likely find the HomePod’s voice-control features just powerful enough to add a layer of connectedness that fulfills the great promise of The Smart Home. All you people—and you know who you are—go forth and buy one. You’ll absolutely love it. Everyone else? It’s probably not for you.

Give Apple a gold star for the HomePod’s design. It’s a funky little blob that stands about 7 inches tall—smaller than you’d think having only seen photos. It’s covered in an acoustically transparent mesh fabric, which you can get in white or Apple’s signature space gray. Inside, situated at the top, is a woofer for delivering hearty low frequencies. At the bottom, arranged in a ring around the speaker, is an array of seven tweeters for pumping out shimmering high frequencies. Smack in the middle is an array of six microphones.

Those mics are for summoning Siri of course, but they’re also for measuring the acoustic characteristics of the speaker’s environment in real time. Place it near a brick wall or a glass surface, and the HomePod measures the sound waves bouncing around, then tunes its audio output on the fly to cancel out reflections, remix the sound, and generally clean things up. This trick is accomplished by use of an internal A8 processor—Apple’s own chip, and the same one it was putting in iPhones a couple of years ago—and it manages to make the HomePod sound excellent no matter where you set it. You can even pull the ultimate speaker-placement no-no and push it into a corner. It still sounds fine.

Those microphones are great for Siri interactions too, and they work better than the mics on every voice-controlled speaker I’ve tested. The HomePod can hear you say “Hey, Siri” in a normal speaking voice, facing the other direction, from 15 feet away, while Van Halen’s “Hot for Teacher” is playing at 80 percent volume. I tried mumbling my requests, or speaking with my mouth full of bread and cheese, and Siri almost always understood me. This is a nice change from the Amazon Echo, which I usually have to bend close to and over-annunciate to get what I want. But Siri can hear you from up close, from far away, in a silent room, or with the HomePod cranked.

Oh yes, and when the HomePod is cranked, it sounds much bigger than it looks, like the speaker suddenly inflates to three times its size. It moves so much air and produces such a distortion-free thump, it’s surreal.

Siri is a decent DJ. Asking Apple’s voice assistant to play well-known artists like Talking Heads or Jimi Hendrix gets you a mix of their tunes—and not just the hits, but a solid mix. The more you use Apple Music, the better it gets at predicting what you’ll like and what you won’t. You can say “I hate this song” or “Skip this song” to accelerate the training. You can go for genres (“Play reggae”), themes (“Kids music”), or moods (“Play me some breakup music”) and the choices are almost always excellent. The only flaw I encountered is that if you ask for a more obscure artist or song, you’ll have to try a few times and really annunciate to get it playing, as Siri too often just defaults to the most popular option.

To give one example, when I asked Siri to play music from the indie band Flood County, it gave me Dwight Yoakam’s “Floyd County.” This scene repeated, to comical effect, five more times as I modulated my request, talking more and more like a robot before finally arriving at this numbing sequence of words: “Play the album We’ll Be Fine by the band Flood County.” I hope the training algorithm is smart enough that I never have to jump through that flaming hoop again.

Siri does some other familiar tricks. You can ask it how many tablespoons are in a cup. You can ask it who won the A’s game (not the A’s). You can control your Wemo smart plugs, your August door lock, and anything in the growing list of products that work with Apple’s HomeKit smart-home ecosystem. You can ask HomePod to run smart-home “scenes” that make multiple devices respond (like “Good morning” or “Good night”). And when your iPhone is in the house, the HomePod serves as a proxy and does some of the same stuff Siri does on your phone. You can handle voice calls or send text messages through the speaker, and you can ask it to add reminders.

But asking Siri to play music will likely make up the bulk of your interactions with HomePod, because the capabilities for Siri voice controls don’t extend much further than what I’ve just listed. You can’t, for example, ask HomePod/Siri to show you a map to get you to your dinner date by sending it to your phone the way you can with a Google Assistant speaker and a Pixel phone. You also can’t ask for internet radio stations the way you can with Alexa (or, again, Google). Siri can only see Apple Music content, including music, podcasts, Beats 1 radio, and whatever songs are in your iTunes Match library. But no live feeds from elsewhere. So while you can ask for a news brief from NPR, you can’t ask HomePod to start streaming your local public radio station. You can ask for a podcast by name if it’s in Apple Music, but if it’s on SoundCloud, you’re out of luck.

You also can’t switch the default music service. So no Spotify, Amazon Music Unlimited, Google Play Music, Pandora, iHeartRadio, TuneIn, or Mixcloud requests through Siri. There are entire universes of content Siri can’t see, hear, or touch. If you want any of that stuff, you can of course play it by opening an app on your iPhone, iPad, or Mac and sending the audio to the HomePod using AirPlay. But that turns this cool voice-activated Siri machine into just another AirPlay speaker, of which there are plenty of great-sounding options for the same money or less.

By now, the picture should be coming together for you. Apple hardware devotees whose listening habits don’t stray far from what’s available on their Apple Music subscriptions will love asking Siri for tunes. iPhone users will get a new way to dictate texts and make calls. People whose smart homes are wired up with HomeKit-compatible gadgets will also find a lot to like in the HomePod. As the pieces of that particular picture begin to fall away, it makes less sense for you to buy a HomePod.

Once we’re in that territory, I would recommend a far more versatile option in the $200 Sonos One, which sounds almost as good as the HomePod, costs $100 less, and can play an incredibly wide range of streaming audio content. Really, it plays just about everything under the sun. And of course, you can talk to it too—Alexa and Google Assistant are both inside.

Now, it is possible that Apple will open the HomePod’s audio ecosystem and allow Siri to control other music services. But judging by the crazy-fast growth Apple’s streaming music service is enjoying, and considering how little incentive Apple has to allow its captive audience to go spend their Dogecoin elsewhere, it’s unlikely Siri will be able to make HomePod play something outside that little box.

What’s more likely is that Siri on the HomePod will soon be able to just do more stuff. Like maybe you’ll be able to do that cool map trick with your iPhone. Or maybe you’ll be able to call a Lyft or order some vegan chilaquiles through Seamless. Apple is committed to updating the speaker; less than a year after it launched, the company added support for the left-right stereo pairing of two HomePods, as well as multiroom audio through AirPlay 2. So I am confident the speaker will get better with time. But the HomePod won’t really shine until Siri gets better. The world is a big place, and Siri should really explore it some more.