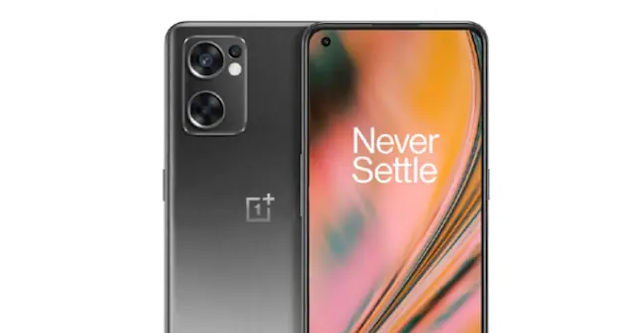 OnePlus Nord 2 CE 5G is reportedly in the works. Ahead of the official announcement from the Chinese brand, renders of the smartphone have leaked online, offering a glimpse into the design of the OnePlus Nord 2 CE 5G handset. The leaked renders show a design identical to the standard OnePlus Nord 2 with a hole-punch design and a 6.4-inch display. Separately, a popular Chinese tipster has leaked the specifications of another upcoming OnePlus flagship device — the OnePlus 10 Pro. The handset is said to feature a 32-megapixel selfie camera and 80W wired charging support.

OnePlus Nord 2 CE 5G renders were shared by known tipster Yogesh Brar, in collaboration with 91Mobiles. The leaked renders show the handset in grey and olive green shades. As per the report, the handset will have an AMOLED panel and a hole-punch display design. The volume rockers are seen on the left spine of the phone, while the power button is arranged on the right spine. Furthermore, a microphone, a speaker grille, a headphone jack, and a USB Type-C port are seen at the bottom. The phone may also pack an in-display fingerprint sensor.

Triple rear cameras and an LED flash is seen inside a rectangular-shaped camera module at the back along with a OnePlus logo.

Previously tipped specifications of OnePlus Nord 2 CE 5G include a 6.4-inch full-HD+ AMOLED display with a 90Hz refresh rate, MediaTek Dimensity 900 chipset, and a triple camera unit at the back. The handset is tipped to come with a 64-megapixel main sensor, a 16-megapixel front camera, and a 4,500mAh battery with 65W fast charging support.

OnePlus 10 series, which is expected to have the vanilla OnePlus 10 alongside the OnePlus 10 Pro has been part of the rumours for quite some time now. Tipster Digital Chat Station on Thursday via Chinese microblogging website Weibo shared key specifications of the upcoming flagship smartphone. OnePlus 10 Pro is tipped to come with 6.7-inch (2,048 x 1,080 pixels) LTPO AMOLED display with a 120Hz refresh rate. The upcoming OnePlus flagship phone is also said to run Android 12 based ColorOS 12.