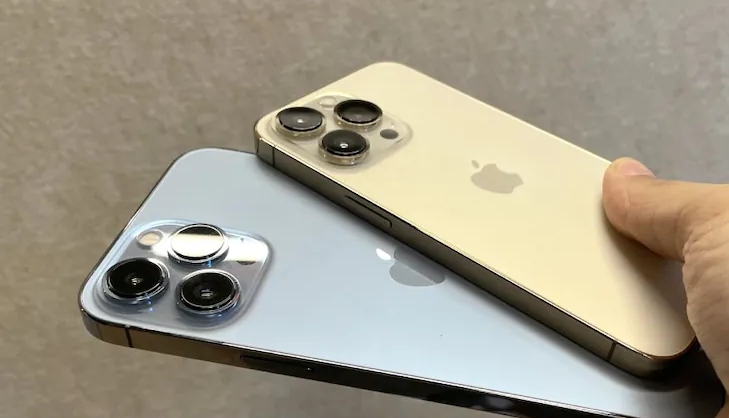 As reported by MacRumors, analyst Jeff Pu forecast the camera setup and RAM details of the iPhone 14 Pro models in a research note with Haitong International Securities. The analyst said that the two Pro models in the lineup will have the 48-megapixel wide-angle shooter, along with 12-megapixel ultra-wide and telephoto cameras. This is an upgrade over the iPhone 13 Pro and iPhone 13 Pro Max as both come with a 12-megapixel wide-angle camera at the back alongside the ultra-wide and telephoto shooters carrying the same megapixel count.

The speculation from Pu is aligning with the one mentioned by TF International Securities analyst Ming-Chi Kuo, who suggested earlier that the 48-megapixel camera on the iPhone 14 Pro models would come with 8K video recording.

Alongside the Pro models, Pu hinted that all new iPhone 14 models would come with 120Hz displays as standard. This is in contrast to a recent suggestion by display industry analyst Ross Young who said the standard models in the lineup will continue to have 60Hz displays.

Pu also said that the standard iPhone 14 models will have 64GB of storage. This is unlike the iPhone 13 models that have 128GB storage as the base.

So far, Pu has had a mixed track record for predicting next-generation Apple devices. He correctly speculated the presence of mini-LED displays on this year’s 16-inch MacBook Pro and iPad Pro models. However, he had also suggested that Apple would launch its new HomePod models with 3D-sensing cameras in 2019, which did not happen. Though some patents also indicated the development — without specifying any clear timelines.