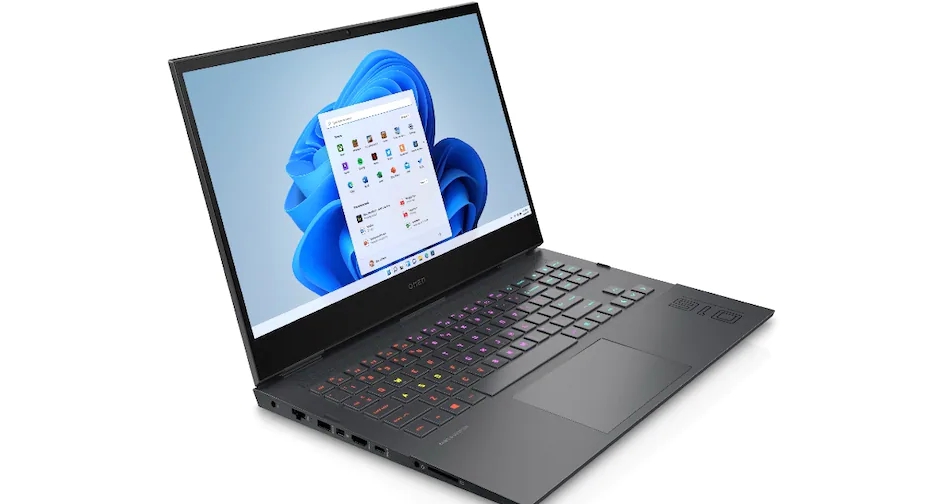 HP Omen 16 (2021) was launched in India on Tuesday as the company’s latest gaming laptop in the Omen series. The new model comes with an up to 165Hz display and is powered by an 11th-generation Intel Core processor. The HP Omen 16 (2021) also comes with an improved thermal management system, which brings an upgraded fan design that is claimed to be 2.5 times slimmer in size and has twice the number of fan blades to help provide better cooling. HP claims that its refreshed Omen 16 is designed to handle the latest AAA titles.

HP Omen 16 (2021) price in India starts at Rs. 1,39,999. The gaming laptop is available through the HP world stores, HP online store, and other leading large format retail and online stores in the country.

The Windows-based HP Omen 16 (2021) features a 16.1-inch IPS display with an up to QHD (2560×1440 pixels) resolution, featuring a 16:9 aspect ratio and 165Hz refresh rate. The display also has a 3ms response time and 100 percent sRGB colour gamut. Further, it comes with an Eyesafe display certification by Germany’s TÜVRheinlan. The refreshed HP Omen 16 is powered by an up to Intel Core i7-11800H processor, along with up to an Nvidia GeForce RTX 3070 Laptop GPU with 8GB of dedicated graphics memory and up to 16GB of DDR4 3200MHz RAM. The laptop also has up to 1TB PCIe Gen 4×4 SSD storage that is claimed to deliver up to two times storage access speed over traditional SSDs.

HP has equipped the Omen 16 (2021) with its proprietary Omen Dynamic Power technology that is claimed to help identify real-time CPU and GPU capacity and dynamically allocate power between the CPU and GPU using an infrared (IR) thermopile sensor. The laptop also has an improved internal design and enhanced airflow mechanism, with blades that are 2.5 times as thin and have over a 200 percent increase in blade count compared to the Omen 15.