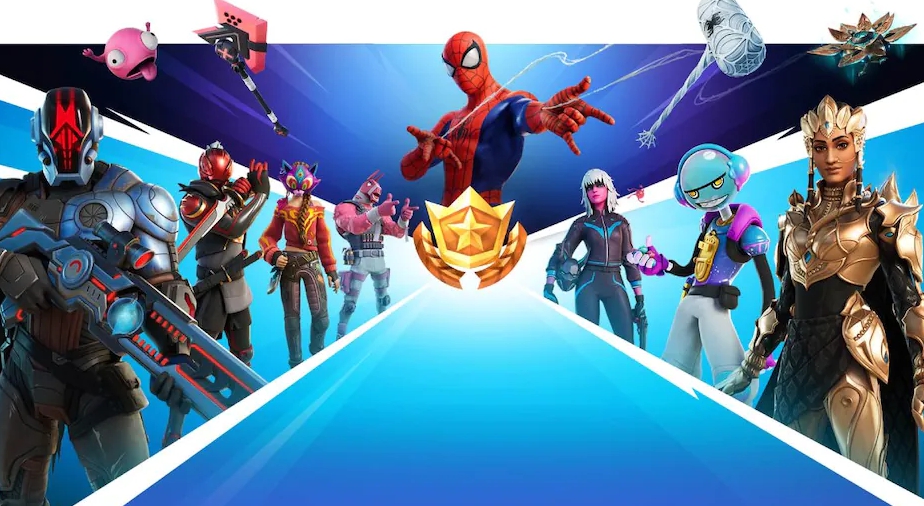 Fortnite Chapter 3 Season 1: Flipped is now live and it brings along a host of new changes. The first change is a new island that is literally an upside down version of the island from Chapter 2. The island has multiple weather systems — winters in the western half, tropical, and summers among others. Game developer Epic Games has added a number of new weapons, new locations, characters like Spider-Man and The Foundation, sliding and swinging mechanics as well as elements like camping. The Fortnite Chapter 3 Battle Pass is available now.

As per the announcement by Epic, the western side of the game has winders and locals like Greasy Grove as well as the industrial Logjam Lumberyard, among others. Fortnite also has a place in the coastal area called Sanctuary from where players can see the rock statue of The Foundation. In the southern part of the island there is a desert that offers places like Chonker’s Speedway for off-road racing, Condo Canyon, and Butter Barn.

Another major Fortnite update is Tents for camping. Players can find a Tent item and throw it down to assemble it. Tents can be used either to rest and heal or safely stash (up to three) items to collect more in future matches. Two item slots are available automatically, and a third slot can be rented with Bars, the developer says. If you have collected more items, find more tents or take up deserted ones. Players can also camp with friends (in a Duos, Trios, or Squads team). An Item will not be available if it has been vaulted or is unavailable in the mode the player is in.

Other new Fortnite features include a Crown that players get if they are ranked high in a match. There is a new sliding manoeuvre that speeds up descent from a hill when you are either evading fire from an enemy. Players can also shoot while they are sliding. Furthermore, players can access Spider-Man’s web shooters starting December 11 to swing on buildings. When knocked into a Down But Not Out state, players can crawl faster, and pick up items.

As mentioned, those who get the game pass can try characters like Spider-Man, The “Lotus Walker” Shanta, Ronin, Lt. John Llama, Gumbo, Harlowe, Haven and the leader of The Seven The Foundation that can be unlocked later in the season. Fortnite players in the Creative Mode can earn battle pass XP in player-made experiences as well.