10 things we learned from the Detroit: Become Human demo 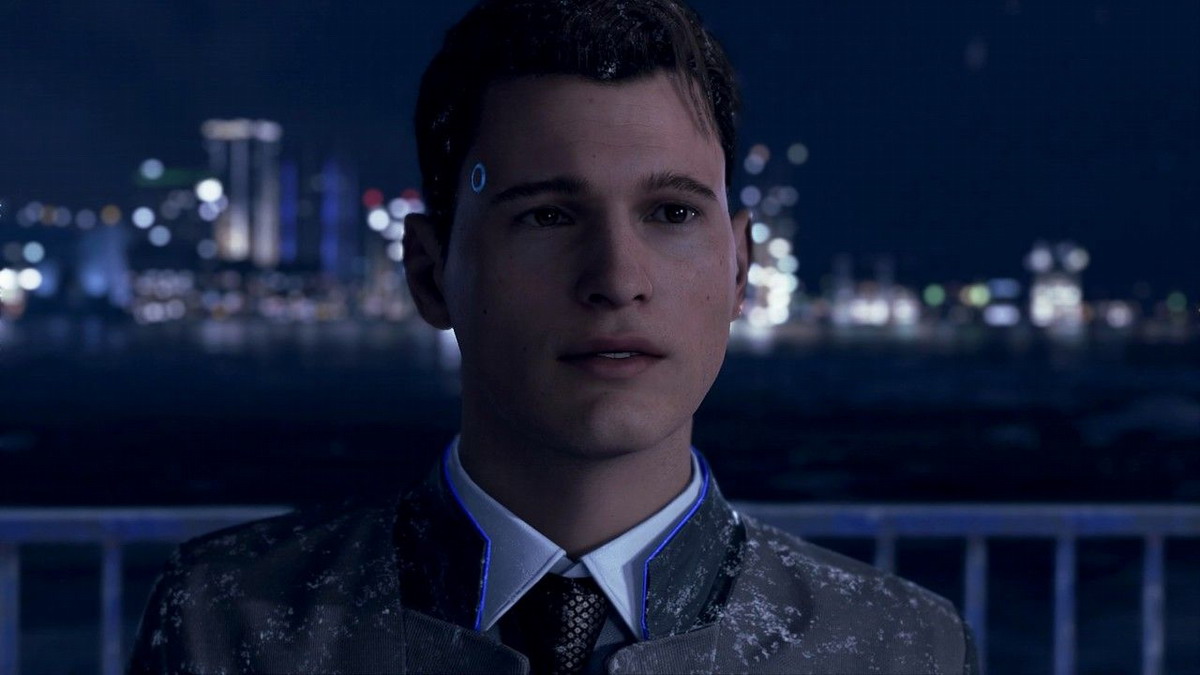 It’s been four and a half years since Quantic Dream and studio head David Cage last brought us one their unique interactive stories. It doesn’t seem like such a long time, but it’s long enough that their upcoming game, Detroit: Become Human, marks the first title the studio has built for PS4.

This new semi-futuristic tale – set in a world where life has been transformed by the integration of lifelike and subservient androids – boasts many of the hallmarks you’d expect from the developer that brought you Heavy Rain and Beyond: Two Souls. But it also features some welcome changes that the consequence-based gameplay was sorely in need of.

We’ve spent plenty of time with the newly-released ‘The Hostage’ demo, and we’ve come out the other side with ten things you need to know before the full game arrives on 25 May. Do be aware – there are spoilers for both the demo and the game below.

It’s one of the most accomplished-looking titles on PS4

Quantic Dream built a brand new engine for Detroit, which seems rather fitting considering the entire game is based off a PS3 tech demo first shown off in 2012. Advances in motion capture and a long development cycle have culminated in a genuinely captivating experience.

Running on PS4 Pro, Detroit looks remarkable in 4K (you’ll never be able to look at Heavy Rain’s awkward ‘sex’ scenes again, if you wanted to that is), and it even looks mightily impressive on a vanilla PS4. It might not offer the same sense of agency as God of War or Uncharted: The Lost Legacy, but it gives both a run for their money in the looks department.

Following a narrative path similar to that of 2010’s Heavy Rain, Detroit will split its story of androids questioning their place in society into three distinct storylines, though you only get to experience one of them during the demo.

You’ll play as Marcus, an artificial caretaker tending to a painter who believes all androids should be free; Kara, a robotic housekeeper faced with an abusive father; and Connor, a highly advanced negotiator tasked with tracking down rogue AI.

So yes, it’s obvious David Cage has been watching a lot of Blade Runner, but the opening chapter that serves as a demo still manages to capture how small decisions can often have big impacts on the story to come.

Connor is the star of the show in the Detroit demo and he offers a gameplay style that’s highly individual and different to those of fellow protagonists Kara and Marcus.

As an advanced model, he has the power to rapidly analyse his surroundings, taking in multiple clues and details when he enters a crime scene. Each clue or detail will offer new dialogue choices, potentially opening up new branching paths in the story.

Inspecting, exploring and indulging your curiosity is key to playing as Connor as when he eventually enters the rooftop and is faced with a frantic android brandishing a gun to the head of a young girl at the climax of the demo, he’ll need as much evidence for making his choices as possible.

Consequence has become a favored mechanic for many a developer, but putting the lives of main characters on the line with permadeath? That’s new, even for David Cage.

The Hostage demo can be played out with a variety of endings, one of which involves negotiator Connor sacrificing his own ‘life’ in order to protect the life of the little girl caught up. We’re a little cautious about how permanent such a decision is to the wider story – there’s every chance Conor could be revived, he is an android after all. But it’s an intriguing dimension if treated with actual reverence, and one that will make your decisions all the more vital.

Quantic Dream’s games have never been known for their intricate control schemes and Detroit: Become Human won’t be breaking that tradition. But the simplicity of moving one of its three characters around the screen also comes with added risks – namely an increased chance of negative outcomes.

The higher the difficulty you choose (Casual and Experienced are the two available in the demo), the shorter the amount of time you have to assess a situation and make your choice. Considering a single dialogue choice or a missed environmental clue can potentially condemn a character to death, it’s a risky scenario that could either be invigorating or consistently irritating.

There is no right or wrong

Many of Detroit: Become Human’s scenarios will provide you with a success rate, a percentage that increases and decreases depending on the environmental clues you’ve collected, dialogue choices you’ve made and decisions you’ve elected to make from previous episodes (some of which will lock out potential narrative avenues completely).

As you might expect, very few of these decisions or endings are truly ‘right’, with most of its avenues sitting in a grey area that requires you to decide which choice hurts the least. Even making the right choices in The Hostage demo will likely end up killing someone. Expect plenty of guilt.

Connor, being a negotiator for the police, comes with a few enhanced abilities not found with his fellow protagonists. Examining and scanning clues won’t just net new dialogue choices or narrative paths, it will also provide the ability to recreate a simulation of past events. Think the memory manipulation of Remember Me mixed with the deductive aspect of Batman’s Detective mode in the Arkham series.

You’ll use ‘triangle’ to pick out key points of interest, and when you’ve collected them all you can use ‘L2’ and ‘R2’ to replay the memory. Moving the camera will potentially reveal new clues, adding extra threads to your investigation.

You can track your story progress at any time

If you’ve played any of Quantic Dream’s other games, you’ll know it was often a challenge to know how well you had or hadn’t done from one scene to another. Cage has revealed that this has been a long-term issue for the studio, so in order to give you more agency throughout the story, there’s a new ‘Flowchart’ which you access at any time from the pause menu.

Here, you can see each of the branching paths and the eventual six endings to each chapter. Previous actions can completely lock access to certain paths, with these narrative lines greyed out completely. You’ll also be able to review it at the end of the chapter and see how your choices compared to other players.

You’ll be able to reload checkpoints

Detroit: Become Human sees a real departure for Quantic Dream’s previous approach to storytelling design. In fact, David Cage and co have pulled back the opaque curtain of previous entries to create a setup that’s far more forgiving (but no less deep in its choices and branching narrative paths).

Marking a first for the series, Detroit will also include the ability to reload certain checkpoints if you make a major decision you’re not too happy with it. It’s kind of like keeping your finger anchored in a key page in a choose your own adventure novel. Don’t expect this option to available at every juncture, but the fact it exists is a sign the developer is finally listening to fan feedback.

There are multiple endings to unlock

There are a total of six endings to unlock in the demo of Detroit: Become Human, with each varying in style and outcome depending on the actions and choices you make during your playthrough.

Thanks to the aforementioned story flow chart detailed previously, it’s not actually that hard to unlock each one, but it’s very easy to miss them if you’re not paying attention to everything on screen. Each of three stories will have chapters which merge into one another, so decisions made in one will affect key moments in the next.